The universe in your living room: Sega Toys Homestar Flux

How does a science fiction writer best prepare for work? By looking into the universe, of course! Right now, however, it’s not very cozy outside at night, when the curtain has been raised for the universe’s spectacular show, so I bought myself the less-than 200 dollar home planetarium Homestar Flux.

The device comes in well-designed packaging. In addition to the projector, you also receive a USB power cord (handy, because then you can also operate the projector from portable power banks), a small manual, and two “Star Discs.” They look similar to Mini-DVDs, but they are actually thin plastic discs that work like good, old slides. The projector’s lamp shines through the discs and the planetarium’s optics shines everything beautifully all over the ceiling and walls

As simple as it is, it works very well. You can adjust the focus with the ring in the middle. The lamp is bright enough that you can even see the stars during the day, but the night sky radiates in all its glory only when the room is dark. Then you can see up to 60,000 stars – with the naked eye under the real night sky outside, you can only count less than 3,000 stars.

What exactly you will see is determined by what disc you put in. The discs that come with the planetarium show the sky of the Northern Hemisphere, one disc with constellations and one disc without. Numerous other discs are available for around 20 dollars each (for example, here, but there are also many other manufacturers). With the press of a button, you can make the Homestar Flux rotate. You can also choose to have shooting stars flicker across the sky or activate a timer, so that you can fall asleep under a canopy of stars, for example.
That’s about it. You’ll have to provide your own explanations or beautiful music, but the Homestar Flux fulfills its purpose of displaying a replica of the real world. 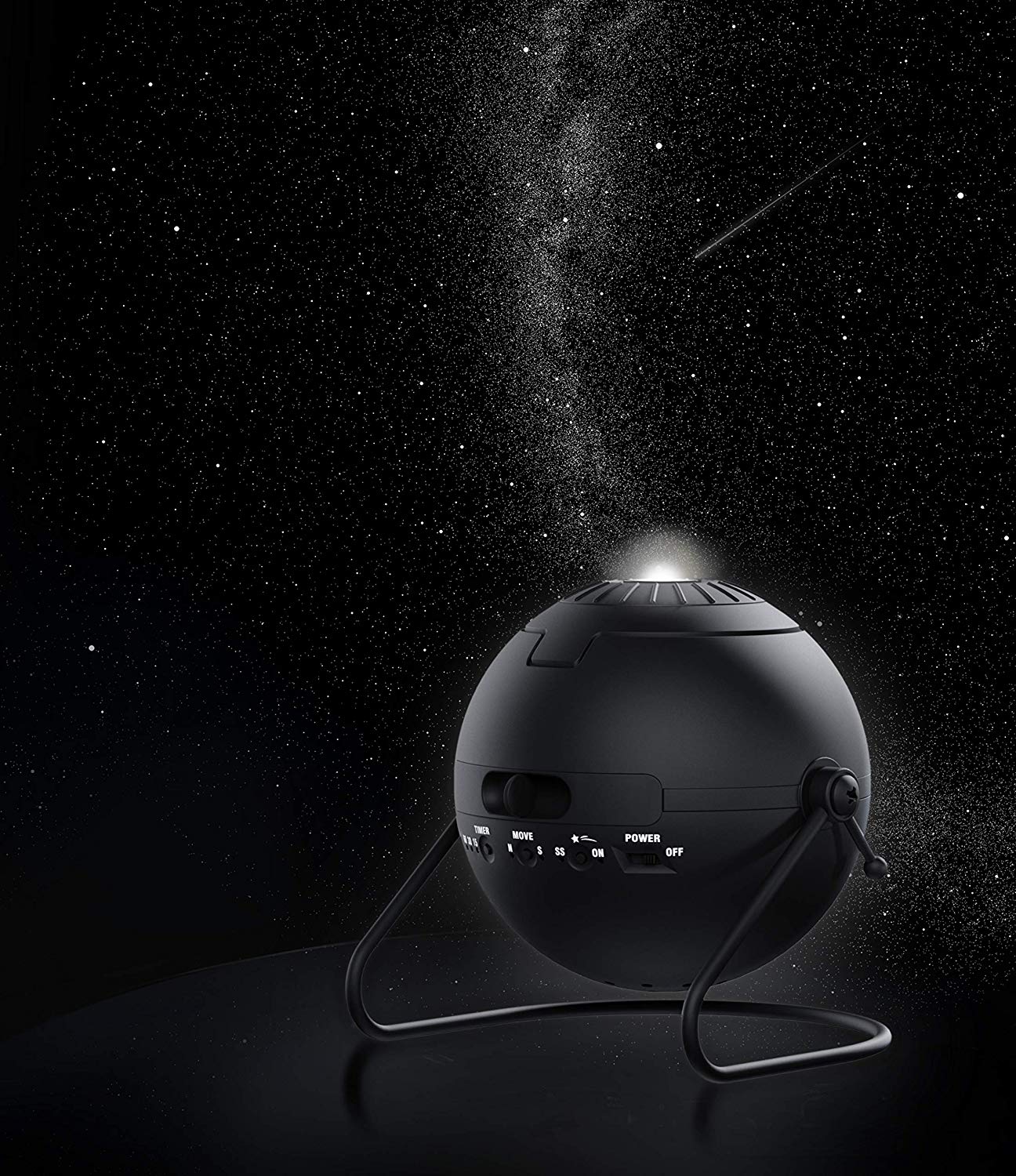