NASA has unveiled four new research missions that could set flight under the Discovery Program – if their feasibility can be confirmed. They highlight three locations that you will already know from my books: Venus (two proposals), Io, and Triton. However, a maximum of two of the four proposals will be developed.

Here are the details:

DAVINCI+ will analyze Venus’s atmosphere in order to understand how it formed and developed and whether Venus ever had an ocean. To do this, DAVINCI+ will plunge into Venus’s inhospitable atmosphere and precisely measure its composition down to the surface. Its instruments will be housed in a ball specially constructed to protect the instruments from Venus’s intense conditions during the descent. The “+” in DAVINCI+ refers to the mission’s imaging components, including cameras on the descent ball and an orbiter designed for mapping the types of rocks on the surface. The last NASA mission to Venus took place in 1978.

IVO is intended to explore Jupiter’s volcanic moon, Io, in order to learn how tidal forces shape planetary bodies. Io is heated by continuous pressure forces due to Jupiter’s gravity and is the most volcanically active body in the Solar System. However, very little is known about the specific properties of Io, e.g., whether there is an ocean of magma in its interior. With the help of very close fly-bys, IVO would evaluate how magma is produced on Io and ejected from the volcanoes. The results of the mission could revolutionize our understanding of the formation and development of rocky bodies and icy ocean worlds in our Solar System and extrasolar planets throughout the entire universe.

Trident is intended to explore Triton, a unique and highly active, icy moon of Neptune, in order to understand the development of possibly inhabitable worlds at enormous distances from the Sun. NASA’s Voyager 2 mission showed that Triton has an active surface regeneration process that produces the second-youngest surface in the Solar System, where geysers might also provide ingredients for an atmosphere. In connection with an ionosphere that can produce organic snow and the potential for an inner ocean, Triton is an exciting target for exploration. With a single fly-by (like New Horizons Mission to Pluto), Trident could map Triton’s surface, evaluate the characteristics of active processes, and determine whether the predicted subsurface ocean actually exists.

VERITAS is intended to map Venus’s surface, in order to determine the planet’s geological history and to understand why Venus developed so differently than Earth. VERITAS would orbit Venus with a radar equipped with a synthetic aperture and would map the surface heights of almost the entire planet, in order to create three-dimensional reconstructions of the topography and to confirm whether processes such as plate tectonics and volcanism are still active on Venus. VERITAS would also image infrared emissions from the surface, in order to learn something about Venus’s geology, which is largely still unknown. 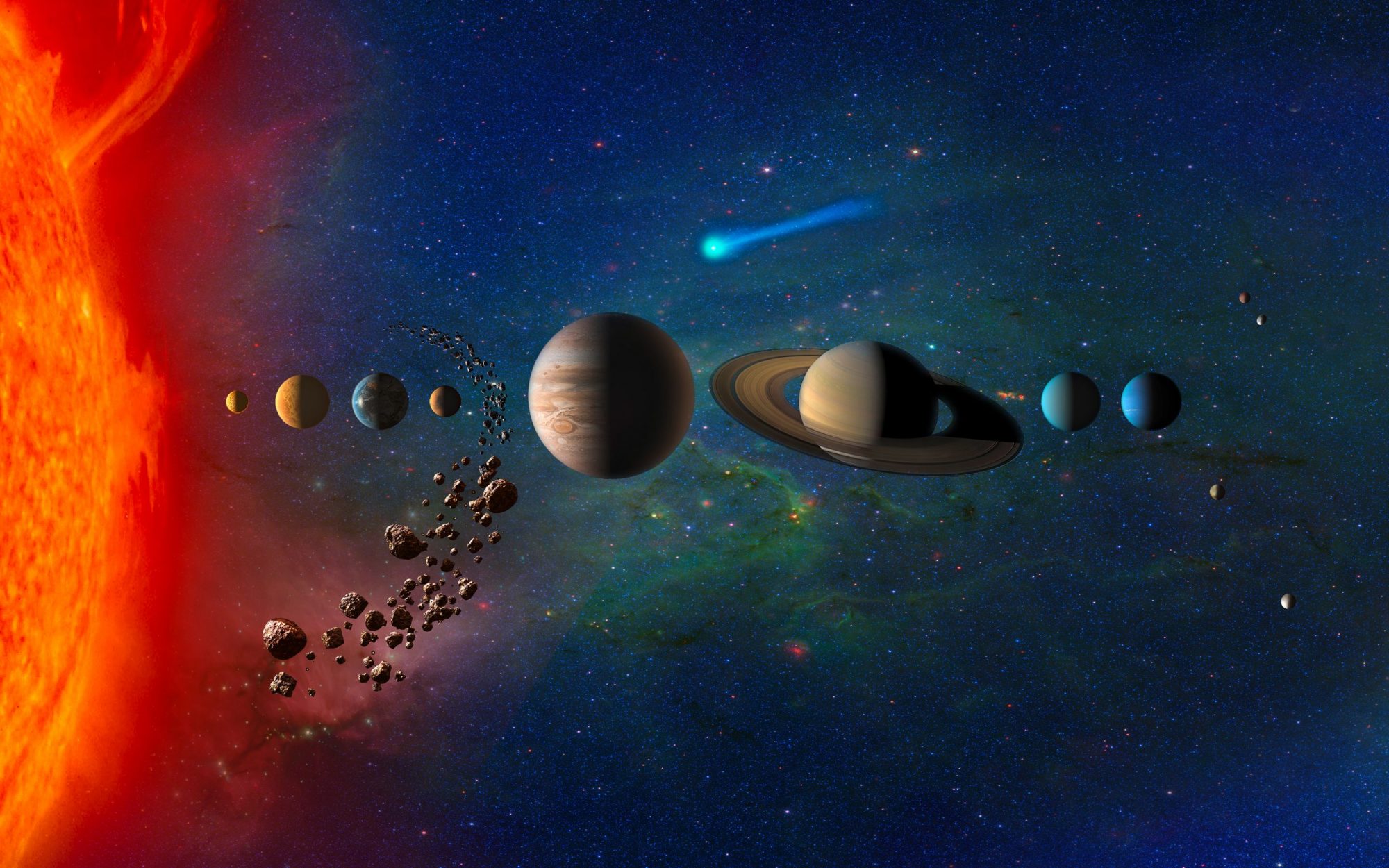